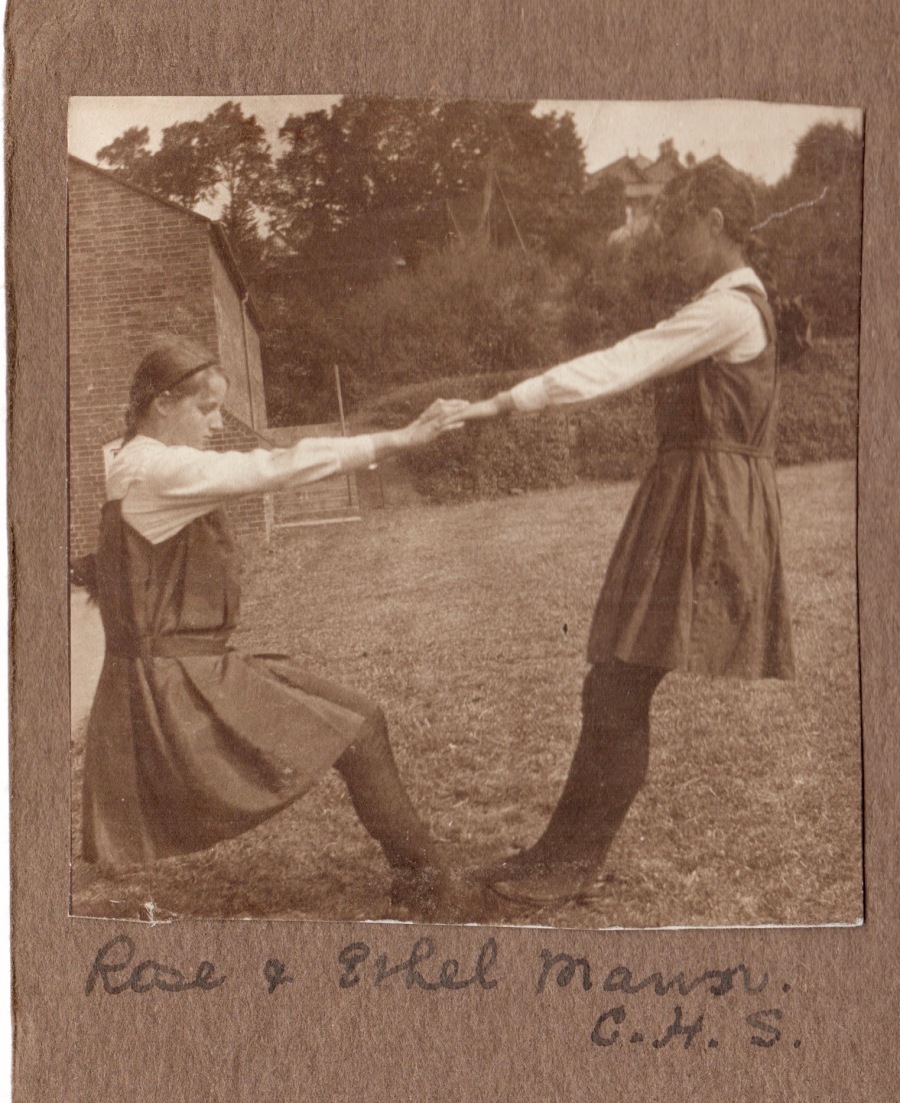 Jayne Shrimpton has written an interesting article about school uniforms in this month’s ‘Discover Your Ancestors’ periodical. I am sure we all have school uniform stories and memories, please share some.

Sticklepath school (Sampford Courtenay Sticklepath Council School) which took pupils aged 5-14 up to 1931, did not have a uniform, but on 26th September 1921 they obtained football jerseys for the team with vertical blue and white stripes. There was not uniform when I went, by which time it was a ‘junior’ school only.

Later I went to Edgehill College, Bideford, which took international students, so no local uniform shop for me or quick ‘pop in’ to BHS! I had to go to Dickins & Jones in London to get my uniform suit and blazer and beret. We paraded in these every Sunday to chapel and church. Although I was unaware of the shop’s history*, I felt the pressure of its status and was thoroughly intimidated. A little Devon girl, used to inheriting hand-me-down clothes, in the big city after a long journey, being properly measured by austere ladies, fitted and kitted out! On a more day to day basis we had open necked shirts and jumpers (1971). We certainly were not allowed to wear trousers!

Photographs of the brother school Shebbear show an even more formal and uniform uniform in about 1950:

with regulation short and tidy slicked back hair, though the loose fitting trousers and most importantly, the ‘see your face in it’ rigorously hand-polished shoes are in danger of being overlooked in the photo above!

Looking a little further back, to the 1920s I note the younger students wore white socks – we used to joke in the 1970s that we should wear white socks for our music exams as they would make us look younger and the examiner might be more sympathetic! These are from Miss Phyllis Finch’s album. She was a geography teacher, in training, during the early 1920s.

The older girls as above wore thick dark stockings.

Jayne Shrimpton tells us this ‘gym slip’ originally designed for sports was increasingly used as school uniform. Certainly looks practical, and the layers would make it quite warm with woollen stockings.

I have just such a home made gym slip worn by Rose Ching in 1923 at Exeter University, with a photograph showing her modelling it with the team. Almost 100 years old. Above knee at the time, with the enhanced stature of today it is unlikely to be worn again! Anyone know of a good home for such items?

2 thoughts on “Did you wear a school uniform?”